Treatment of bronchial asthma in children

Shortness of breath in bronchial asthma: symptoms and treatment

Treatment of bronchial asthma in the home 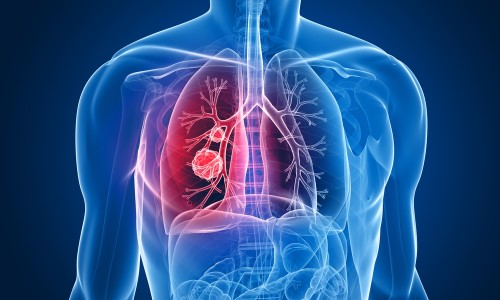 Home / Topic "Asthma" / The symptoms and treatment of atopic asthma

The symptoms and treatment of atopic asthma

Atopic bronchial asthma is one of the forms of the disease. From 4 to 10% of the population around the world suffers from bronchial asthma. There are three varieties of the disease. One of the most common - asthma atopic. It is diagnosed in approximately 6% of the people living on the planet Earth. The highest prevalence is among children. In some regions it reaches 20%. 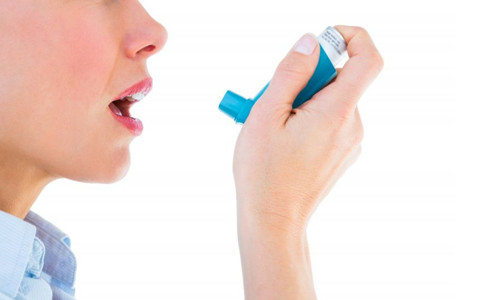 Bronchial asthma - a disease of the upper respiratory tract with chronic and inflammatory in nature and associated with asthma attacks.

Atopic (allergic) bronchial asthma - type of asthma, which is based on the predisposition to Allergy is inherited.

Today the doctors concern is the fact that there are many forms of the disease, poorly understood by specialists. Most often refers lungs varieties of bronchial asthma that are hidden behind a diagnosis of obstructive or chronic bronchitis. The concern of specialists is higher than for a greater number of children put this kind of diagnoses.

Than atopic asthma is different from other types of 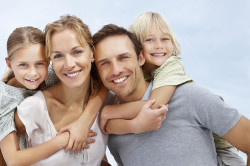 In allergic asthma, the determining factor is heredity. If someone of the relatives mentioned various kinds of allergic disease, and have a high probability of developing atopic form of bronchial asthma.

Another difference - the attack begins within a few minutes after the patient encounter allergens. They can be different. The reaction can cause food, dust, animal hair etc For each person any of the allergens can be significant. In allergic form of the disease attack may be preceded by the classic Allergy symptoms: stuffy and itchy nose, discharge from the nose, eyes, sore throat. Some time later they are joined by the common symptoms of asthma: cough, dyspnea, wheezing (due to obstruction of the bronchi). If a person is present in the food form of allergic reactions, in the period before the attack, he may experience stomach upset, nausea, abdominal pain, skin rashes.

asthma">This condition, as already noted, are caused due to contact with the allergen. If the traffic is significant, the patient may develop anaphylactic shock, accompanied by severe edema of the larynx.

It is important to remember that atopic form of asthma can be caused not only by contact with allergens. May be the result of high concentrations in air of substances-stimuli:

Attack may increase during physical exercise or stay in cold air. Depending on how pronounced the symptoms in the disease there are three degrees of severity of flow: light, medium and heavy.

Atopic bronchial asthma in children, typically, can manifest after the first year of life. The main risk factor are the allergic reactions of any type. 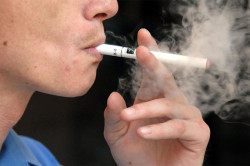 The main feature of the disease in children that it can successfully masquerade as the symptoms of obstructive bronchitis. The distinction between these two diseases lies in the frequency of manifestations throughout the year.

If obstructive processes occur more frequently than four times during this period, it's a serious cause for immediate treatment to the immunologist or allergist.

Feature of the treatment of atopic asthma in children: the inhalation as the primary means, are of paramount importance to ease the child's condition, increase of protective forces of its organism, elimination of the allergen.

An attack of asthma

Attack or bronchospasm - the response of the human body at the selected allergen, which is accompanied by a reduction of muscle tissue around the Airways. It causes inflammation of the muscles, which gradually filled with mucus, also restricts the flow of oxygen to the lungs in sufficient quantities.

As a rule, the attack deactivated by the drug in the inhaler. In some cases, patients may develop status asthmaticus - prolonged suffocation, which is not treatable by medication and is accompanied by condition in which the patient cannot exhale air. People can note at a light fainting or complete loss of consciousness. If you do not take any measures to prevent status asthmaticus, it may lead to disability, and in some cases death. 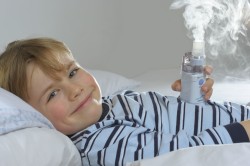 It is important to remember that the treatment of the allergic form of asthma is carried out exclusively under the controldoctor. Apply the same range of drugs as for other diseases, but given the allergic nature.

Modern antihistamines are of great importance for reducing the activity of the symptoms and ease the severity of the disease. In order to reduce the likelihood allergic attacks, physicians often practice the introduction of a substance-the allergen from smaller number to larger. Thus, a stability of the body in contact with this substance. To combat atopic asthma used inhaled blockers to the β2-adrenergic receptors and glucocorticoids.

The use of the inhaler allows the drug to penetrate directly into the respiratory tract and to avoid side effects associated with other forms of drugs.

Given the fact that the treatment of asthma requires mandatory participation of a physician, folk remedies should be called the prevention and reduction of the activity, the frequency of attacks. These include:

If the doctor will pick up competent treatment, and the patient will comply with all regulations and to follow all preventive measures, the prognosis for the treatment of atopic asthma will be favorable.