Pathogenesis of bronchial asthma caused by disorders of autonomic regulation of smooth muscle tone, and action of inflammatory mediators that together most often leads to bronchial obstruction (partial or completely reversible).

The causes of the disease

Antiallergenic be products arising in destructive processes during infectious inflammation of the respiratory system and occasionally other organs. Is that with asthma and has reinforced the tendency of many common allergens. 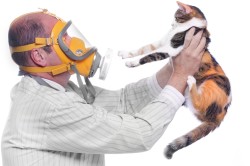 According to research, the main causes of the disease be autoimmune and autoimmune mechanisms. However, the value can often have and nonimmunological mechanisms. Doctors found that the development of asthma leads to the imbalance of hormones in the body to glucocorticoid insufficiency, which may occur if uncontrolled for a long time to take corticosteroids. You may notice a decrease in the activity of b2-adrenergic receptors in the bronchi, which is mainly due to the prolonged use, but sympathomimetic agents (these include adrenaline, ephedrine, etc.). May play a role, and some neurogenic factor, for example, trauma of any kind. It can also lead to the progression of the disease.

During physical activity it may be asthma, but the mechanism of its occurrence are poorly understood.

Similarly, to provoke seizures may cold air and some other factors. Now great attention is paid to the problemthe occurrence of seizures while taking aspirin and acetylcholinesterase drugs, other nonsteroidal anti-inflammation (aspirin, indomethacin, etc.). 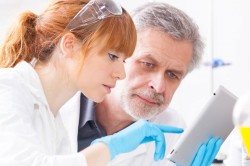 Preceded by bronchial asthma, in some cases, the so-called Prezista is a condition characterized by inflammation of respiratory system, with frequent attacks of bronchospasm (a dry cough in the form of attacks, wheezing in breath) and this all matched with allergic reaction. The latter may be rhinitis, urticaria, or something else. In this state, a person can be several years without therapeutic treatment, it is required to grow in true asthma.

Clinically evident case of asthma will manifest itself in the form of asthma attacks (can be both rare and light, and very long, frequent and very heavy). Seizures begin to manifest in early childhood, in puberty or post-menopausal periods. The first attacks may occur immediately after an acute disease of the lungs or of the bronchi, severe stress, poor diet, and uncontrolled medication.

The attack may occur suddenly, but most often is a symptom, and sometimes even a tightness in your chest, a strange discomfort, coughing, sneezing, etc. Asphyxiation may also occur at night is not uncommon. In these moments, difficult breathing, shortness of breath, dry cough. The man is forced to make at least a semi-sitting position and to rely on your hands to include in the process of breathing additional muscles.

During severe asthma attacks, patients may experience cyanosis, tachycardia etc. the Attack can last minutes or hours. Some clinical cases involve days and weeks of dyspnea with occasional breaks.

The last, if not stop the condition of the patient bronchodilators, referred to as status asthmaticus. There are several forms of this condition:

This form is most often develops when a wrong therapeutic treatment at the beginning of the development of the disease. The attack takes long, gradually weighting the human condition: appears exhausting cough, progressive difficulty breathing and cardiac abnormalities, due to clogging of the bronchisputum. After the end of the attack or medical relief, the patient begins to cough phlegm damp. If not, then the condition is deteriorating: there is delirium, a disorder of cognitive functions, seizures, and in worst case fatal outcome.

If the attacks are frequently repeated, there may be complications, such as secondary emphysema or something else. During the next attack may happen is that some kind of spontaneous pneumothorax. 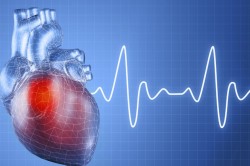 Usually this is not difficult: the basis are data of the anamnesis and standard for such cases the clinical picture. Also usually take sputum and blood for the study. If there is suspicion of asthma, in between attacks the doctor may need to examine possible causes of the disease. Important here is the allergological study, but conducted still will be and clinical.

A thorough examination of the patient may even highlight asthma among other diseases of the bronchi or lungs if they are present in a patient. Such, for example, may be pneumonia, bronchitis etc. can Often confuse the attack of bronchial asthma with cardiac asthma – like occurs in older people whose condition is complicated with diseases of the cardiovascular system.

Features of bronchial asthma in children

In the case of children's illness is likely to be atonic form, complicated by allergies to house dust, plants, wool and so on. It is often that atopic form of asthma is also joined by infectious Allergy – in this case, to develop a mixed form of asthma.

High probability to be ill with bronchial asthma have children with polyallergy, changes of the skin and mucosa due to allergies, secondary diseases of the respiratory system. The first seizures can happen at the age of 2-4 years. Causes can be contact with various allergens, in some cases, it could be immunizations.

Basically speaking, the etiology and pathogenesis of bronchial asthma is very difficult, especially when it comes to children. To accurately determine the cause of the disease is rather difficult and sometimes even impossible, in the same way as to predict its further development.