The symptoms and treatment of Central lung cancer

Features of localization of a tumor-like neoplasm in relation to the lumen of the pulmonary bronchi allow doctors to highlight a few main varieties of Central cancer:

These two Central varieties of cancer have different symptoms and course of the disease. Patients Central cancer of the right lung detected more often and is according to medical statistics, about 52 % of all diagnosed cases of the disease.

The risk groups include male population in the age of 40-45 years. Especially susceptible to men who abuse tobacco.

Signs and symptoms of the disease 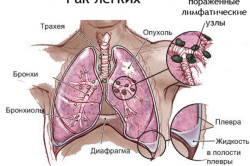 This type of cancer has distinctive symptoms that are characterized by multiple clinical manifestations and their features. This disease is characterized by the occurrence of metastasis, hematogenous or lymphogenous wearing nature.

Most often seen in development of disease lesions in the upper lobes of the right lung that is associated with their large clearance. This kind of cancer describes the appearance of early metastases affecting the brain tissue, liver tissue, tissue of the adrenal glands and bones.

Experts in the field of Oncology highlights the main group of signs characteristic of this disease:

The degree of manifestation of certain features depends on the localization of the cancer, its forms and prevalence. 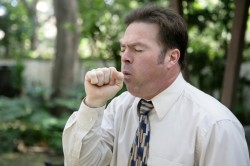 The earliest symptom is cough, which initially manifested in the form of coughing. In the process of progression of the disease the cough becomes chronic, which becomes paroxysmal in nature. This form of cough is characteristic of smokers that have solid “experience” of Smoking.

Typical symptoms also include loss of weight and pain in the chest. In addition, there is the development of shortness of breath that will disturb the patients.

The disease, which develops peribronchial, has no distinct symptoms.

Research conducted in recent years have proved that lung cancer is developing mainly under the influence of exogenous factors, among which the major role is played by environmental degradation and Smoking.

Environmental factors provoke the initiation and progression of cancer of the human respiratory system. Developing industrial production, which is responsible for the release into the environment of a large number of products of its activity, has a negative impact on the condition of the human body. The development of cancer contributes to the increase in the number of vehicles which throws into the air a huge volume of harmful substances, among which there are a large number of carcinogenic compounds. 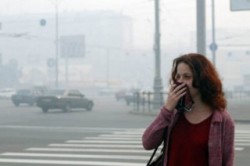 At the initial stage of the survey process is a survey of the patient and assessment of the state of health on the basis of his complaint.

Then conducted a comprehensive examination, which includes:

To identify a complete picture of the disease is required to determine the morphological nature of the tumor.

For the treatment of Central lung cancer used methods of radiation and chemotherapy, surgery and methods of combination therapy.

Radiation exposure is used as a radical method in the treatment of cancer disease. There are two types of radiation exposure - radiation therapy and radiosurgery. Radiotherapy is used in cases where lung cancer is the second or third stage of development of the disease. Radiotherapy is the impact on tumor and metastases of a powerful beam of gamma rays. The effect obtained from the use of this method, has a high resistance, which makes frequent use of this technique in the treatment of cancer of the lung. 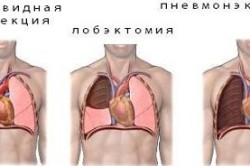 Radiosurgery is a method of bloodless medical treatment to the tumor. It allows the removal of cells of tumor masses in all parts of the body of the patient.

Chemotherapy - treatment method, which is based on the use of medical drugs that can have a detrimental impact on cancerous cells. This method is used in combination with radiation therapy for more effective impact.

Prevention of disease and prognosis

Today, the prognosis is poor, as in lung cancer mortality is 90 % for two years. The rate of survival depends on successful treatment.

With timely application of treatment, the survival rate in the five-year period is increased to 40-45 %.

High mortality rate from cancer is forced to develop preventive measures aimed at the prevention of disease.

The complex of the actions directed onthe prevention of development of malignant tumors, includes:

Healthy lifestyle, regular monitoring of body condition and timely treatment can prevent the development of such disease as lung cancer.