Take young men into the army with asthma?

Take the army with asthma? The question has two opposing answers – Yes and no. Cases when with this disease taken into the army, are not isolated. While the recruits of the disease, their health complaints were noted in the medical record at the time of medical examination in the military. In other cases, if the recruit and his parents chose the right line of conduct to the army the patient with asthma did not fall. So to all those who suffer from this disease and who will have to undergo a medical examination in the military, you should not rely on the wisdom and competence of the Commission, and to act with sufficient resolve.

What is bronchial asthma?

Let us consider briefly this disease as it manifests itself, trying to find the answer to the question of how asthma and the army compatible. So, bronchial asthma understand an inflammatory disease of the respiratory organs occurring in the chronic form, the development of which involves smooth muscle cells, eosinophils, T-lymphocytes and macrophages. Pathogenetic essence of the disease manifests itself in the bronchial hyperresponsiveness, which is associated with immunopathological mechanisms. Symptoms of asthma are attacks of breathlessness, which occur due to inflammatory edema of the bronchial mucosa and hypersecretion. Stop the symptoms in more detail. 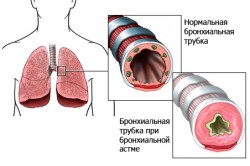 When asthma atopic (allergic), immediately after contact with the allergen, the patient is disturbed breathing, he experiences shortness of breath and cough. These symptoms can be combined with rhinitis, but this expression occurs only at certain times of the year. Some patients experience a worsening during the increase in the air of airborne. Cause symptoms such nonspecific substances like smoke, pungent smell gas. Asthma attacks may occur after exercise. This kind of asthma called asthma physical stress.

But suffocation suffocation, and that really the organism experiences during the attack? At this time, the patient is forced to accept the following provision: he leans forward, rests or holds hands over the surface, which is in front of him (it could be a table), the upper body he is raised, and the chest adopts a cylindrical shape.

Next, the patient makes a short breath, then without a pause he begins a long and painful exhalation that is accompanied by wheezing. At this time of the respiratory cycle is accompanied by a muscle tension in chest, shoulders and abdominals. The spaces between the ribs expand, engage and become horizontal. In protracted attacks when there is intensethe operation of the diaphragm, the patient has pain in the lower chest.

The presence of wheezing may indicate that the patient has a severe exacerbation because of the severe limitations of ventilation and air flow. Acute exacerbations are manifested drowsiness, cyanosis, tachycardia, the patient can be difficult. Chest swells due to the fact that the lungs increase in size. Respiratory muscles can significantly increase your job due to bronchial obstruction and hyperventilation.

Why with such disorders, not to serve in the army? 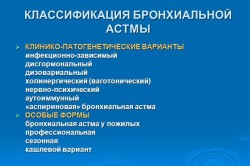 Here it should be noted that in daily life between attacks the patient is not worried, it is impossible to determine what he is asthmatic. Wheezing upon auscultation, which confirms that he has residual bronchial obstruction. That is before the medical Board will appear quite healthy young man, and his complaints could be considered for simulation.

On the other hand, in many cases, it is sufficient to conduct the test, during which the patient will suggest to make an 8-minute jog. However, this test can give a result, if the patient suffers from bronchial asthma of physical exertion and which such stress is the only trigger attack. In this case, after the proposed exercise and after 5-10 minutes it starts to attack. In some cases the attack may occur during the test. In other cases, if the bronchial asthma induce for other reasons, require more complex tests. Bronchial asthma can be different, including atopic.

But during the service the recruit is not only experiencing physical stress. He gets into the environment where it affects a large number of different stimuli that can provoke an attack. If at home he and his family could protect him from the distractions, then in the army he will have to deal with less sympathetic people who will not do it. The logic they have is simple: once you have called - so healthy, and so serve, as expected. Enlightenment comes only when the recruit ambulance takes her to the hospital.

How not to get asthma in the army? 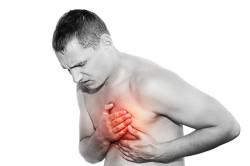 To avoid becoming a victim of unscrupulous membersthe admissions Committee, should clearly stick to a certain line of conduct. During the medical examination the recruit to ask questions if he has any health complaints and whether he suffers from chronic diseases. This is the time when you need to declare the presence of bronchial asthma.

Strange as it may sound, but in the asthmatic, in his naritive for military service will benefit the army. Why officials of problems with his subordinates, whose attack may begin at night or during a forced March, during the firing? Suppose that the patient begins the attack when he performs the throwing of live grenades: grenade in his hand, the ring is removed, and then going on the attack, the soldier abruptly leans forward, leaning his arms on the trench, a grenade falls from his hands to his feet, snaps a check. Remains about four seconds before the explosion. The instructor throws down a grenade... and manages to throw it outside the trench, and he, dragging the sick soldier, falls to the bottom of the trench. All life. And if the situation will be different and throw a grenade in no time? The result will be two dead bodies. Further investigation on how this happened and why an asthmatic was in the Armed forces, these lives will not return. 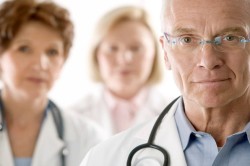 Back to the passage of the Commission. The statements of the recruit can reply that there is no such diagnosis. It happens on the draft Board very often, and it should not cause any surprise or protest. In response to the need to ask a question about what the Commission members believe the diagnosis. They should send this recruits to a medical facility in his place of residence to confirm the diagnosis, establish the period, during which you need to pass all the tests and get their results.

In the treatment school passage is the usual formality. If sent to the recruiting office, the nurses all warned. Once test results are received, they are sent to the military enlistment office, who asked for them. Once all completed, will be handed out a special sheet that listed the test results. With this sheet again, you need to go to the draft Board, although there already are informed about everything. Just in case make a copy of this sheet and preferably reassure her by a notary.

If the diagnosis of asthma is confirmed

If the diagnosis of asthma is confirmed, the patient in army do not take.

But it happens that the patient is not stated about your illness or after he was told that it is not a diagnosis, ceased to argue. Cases of appeal asthmatics is sufficient to raise this issue.

Note that asthma is indicated in article 52 of the schedule of diseases. And ifhis points fall within at least one diagnosis of the patient, to encourage him in the army it is impossible. Under paragraph (C) of this rule, not subject to appeal patients with bronchial asthma to mild, even if within 5 years there were no symptoms and remained altered reactivity of the bronchi.

In some cases, pathology may be a long time to make itself felt. But if the recruit has at least some documents that confirm the existence of any form of this disease in the past, he obliged them to present and pass an additional examination.